The days , mostly  , filled with doing and moving . Prioritizing and producing .  And so I come to the water’s edge  to be still . To witness . To feel my heart being soothed and to know that the wild part has a place too . 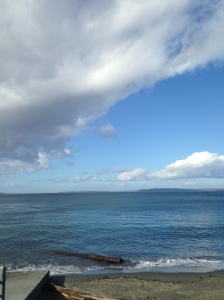 Quiet courage and comfort amongst the trees and when in need go to them and breathe . They hold your ancestors  stories and in this life will nourish yours .

A light touch of my hand against  the ancient strength  of the trees  and in the stillness of the moment I can see .  I can see with my heart and know what it is to be free .

There  is a flow in the wisdom of the trees and a  power misunderstood by men . When standing amongst the trees , deep breath in , close yours eyes and feel .  Feel a rhythm  of life that is sacred …oh  so dear .

It does not discriminate  or hate .  It  calls for you to come and be the courageous one . The comfort of the trees is longstanding and free .  In the quiet of the trees is where  you will know what is real .

It was a dream  imagined long before  the first step ever happened  . The places and their specifics were not yet in my sights but somehow I knew that  I would be  going  on this exploration  .  A marvelous  mystery was showing itself in parts and leading to an adventure .

Delighted by the unknown in front of me and , in moments of questioning ,  I recognized the choice  .  Give my questions to trust and be on the way or feed them , turning them into fear . I chose trust  and was rewarded greatly .

A magnificent adventure unfolded and lives in my heart still .  It reminds me again and again of the beauty in the unknown and of the delicate language of the trees . A peaceful visitor  can witness  the rhythms  of the sun shining through the branches and leaves and dancing on the forest floor while  the birds follow the visitor’s movements with songs .

In a moment here and there I felt as though I as feeling the footsteps of the Souls that had gone before me . As if I were walking with them and they  with me .

The combined solitude and camaraderie  amongst the fellow pilgrims reached a place so deep that it continues to teach me and comfort me so many years later . 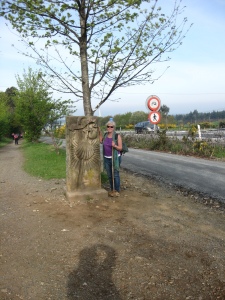 Each step down the hall was light so that the cold floor just barely teased her bare feet .

Warm cup of tea in hand she headed towards a sweater .  The raucous sounds of the winds

had quieted a bit now and the tension in the air had dissipated .

She began humming nothing in particular and it was , after all , absentminded .

The preparations for an outing continued .  The anticipation for having an adventure  was

revealing itself in the beats of her heart .  The well worn softness of her favorite sweater being

pulled down over her head was comforting and brought a smile to her face . “Mmmmm….” as

she stretched .  A light heartedness came over her and her thoughts became  most optimistic .

Pausing at the window nearest  to her bed …” how are the birds doing in all of this wind ? ” she

thought . ” They know what to do .  An internal , ancient guidance  alive and well in their veins

unlike humans with so much left to the fickle fate of wants and desires . ”   She twirled  and

THUD .  She jumped , just a little . A small rock had been kicked up by a random wind and hit a

I  must have dozed off  while birds were singing .  Sweet and lively  sounds acting like a

serenade  .  Their stories filled the air  and comforted me into sleep .

Awakened by rustling as the winds began blowing . Stronger and stronger they grew

and stirring up the instincts as they do .   Memories from all the storms that have come  and

Then there is quiet and there is calm .

I do choose a beautiful , wild road and in between …. a bit of rest .

The rawness exposed rising up from my soul .

Shuddering in it’s innocence and slightly sweet in it’s song .

Dares to be a melody and not a lullaby .

And a glimpse of raggedy edges does not frighten  me .

They have been seen before .

The longing for smoothness may appear along with gentleness in your glimpses  .

There is nothing to fear .

In a moment , when a breeze becomes more , I choose to run along beside it .

Almost wanting to close my eyes  and only to feel …

the delight and the laughter

and then I am free .

When the Spirit is Free

Trading the idea of comfort for mystery , it comes and then it goes.

The familiar is already alive inside and goes where you go .

The mystery you imagine is alive inside

in the stars up above , in the mountain that you see and in  the whispers  among the trees .

in the depths of your eyes , in the love you seek and in the nudges from your soul